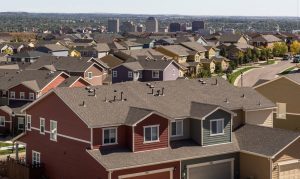 This article is posted in the Colorado Springs Business Journal and was posted by  Cameron Moix on February 14, 2017.

The Colorado Association of Realtors recently released its “Monthly Market Statistical Report,” which found that a record-low inventory continues to dominate the Colorado housing market.

According to the report, active listings across the state remain at historic lows despite the fact that January saw an “unanticipated bump” in new listings in metros such as Denver, Boulder, Fort Collins and Colorado Springs.

The number of new listings in January saw a 42-percent (7,886) increase compared to December, while the number of homes sold last month was down 28 percent from December due to the low inventory.

“Despite the jump in new listings, strong housing demand and record low inventory helped keep the overall median price of a Colorado home flat in January 2017 at $314,000,” according to the report. “Single-family homes across the state held relatively steady with a median sales price of $332,500, up just less than 1 percent for the month while the median sales price of townhouses/condominiums dipped a little more than 4 percent from its record high median price ($259,900) just a month earlier to $249,000.”

There were around 12,800 active listings for single-family homes, and 3,300 active condo-townhome listings, in January — both representing all-time lows in the organization’s market trend research.

“Overall, there were just over 16,000 homes on the market in January across the state, down nearly 37 percent from a year ago and once again representing one of the lowest monthly active listing totals in recent years,” according to the report. “The combination of factors has driven the months supply of inventory for both single-family homes and townhome/condominiums to decade lows as well at 1.8 months and 1.5 months, respectively.”

Jay Gupta, a broker associate with Berkshire Hathaway in Colorado Springs, said that the inventory of homes for sale locally has been the lowest seen since the Pikes Peak Association of Realtors began collecting data in 1993.

“Our market has exploded,” he added.

Gupta, who serves on the board of directors for the National Association of Realtors, said that he attributes that explosion to “competitive affordability,” an expanding jobs market and other more traditional causes for housing market growth.

He said that the potential for increased interest rates, increasing apartment rents and inflation have all contributed to “getting buyers off the fence” and into a new home.

“It’s only a matter of time before we get back to 6-percent interest rates,” he said.

To be redirected to this article, please click http://www.csbj.com/2017/02/14/report-colorado-housing-inventory-reaches-record-lows/.