The REAL Trends Housing Market Report for July 2015 shows that housing sales increased 13.2 percent from the same month a year ago. All four regions reported unit sales rose from a year ago with the Midwest leading the way with an increase of 14.6 percent.

“July housing sales jumped strongly and indicates that the housing market continues to have the wind at its back,” says Steve Murray, editor of the REAL Trends Housing Market Report. “The increase in the average price of homes sold continued to be moderate and was in line with increases for the past six months,” Murray added. “Foreign purchases and the rise in the first time home buyer segment appear to have contributed to this new found strength.”

Housing unit sales for July 2015 increased 14.6 percent in the Midwest, the best performance in all regions. Sales in the South region were up 14.1 percent, the West saw an increase of 13.4 percent, and the Northeast had an increase of 9.4 percent. 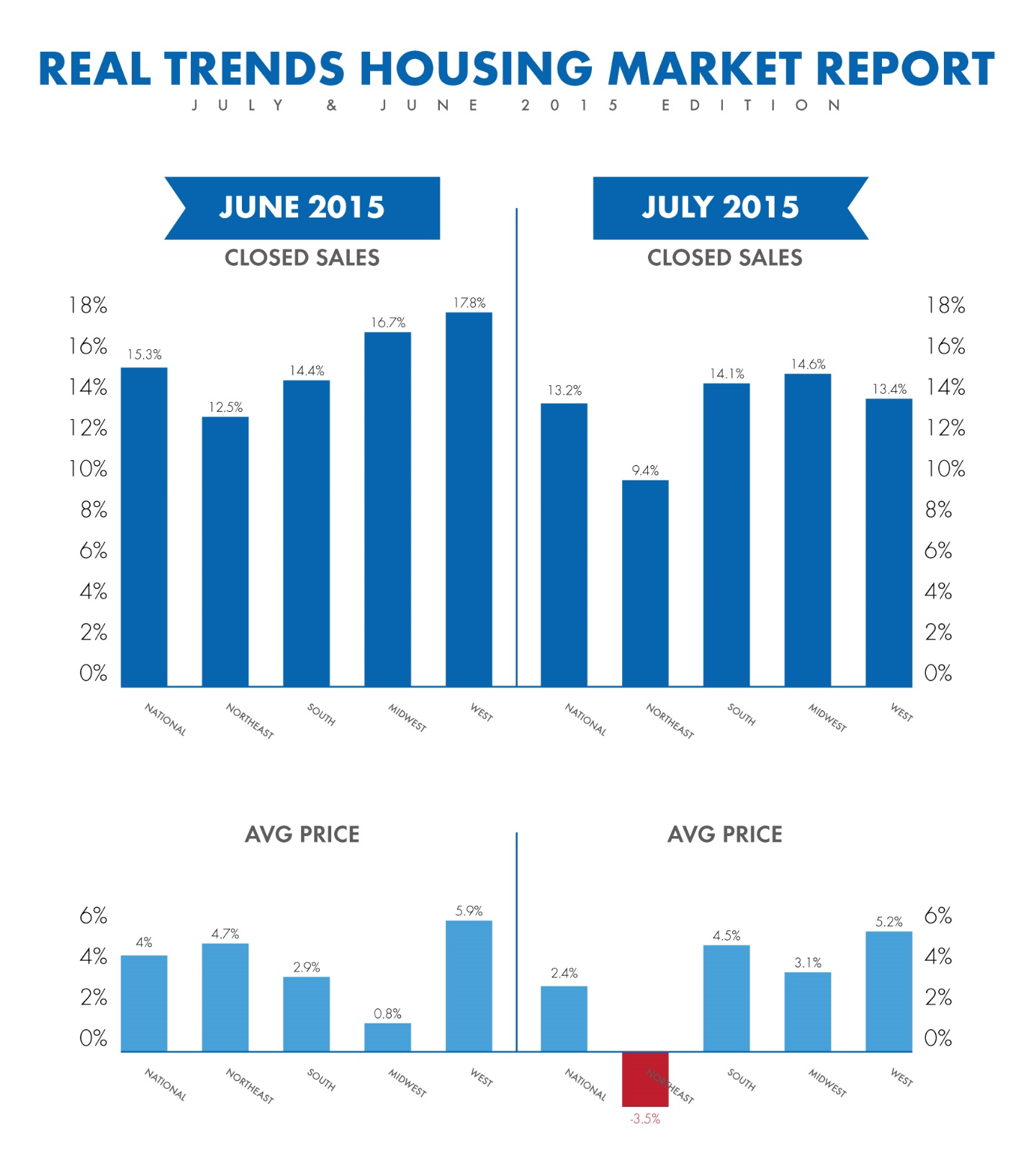